In Germany a refund is offered on most glass, plastic and aluminum drinking vessels. Some people supplement their income by collecting these bottles and obtaining this refund. A roll of plain stickers found on the street were screen printed with images encouraging people to place these bottles on the ground where they are more easily obtained rather than through the degrading act of searching the bin. Approximately 10,000 stickers were pasted onto public dustbins around Berlin, representing around 50% of the bins in the city. The artist sent a letter to the garbage company praising and questioning the social project. The garbage company revealed that they covered the stickers to prevent other garbage from being placed on the ground. 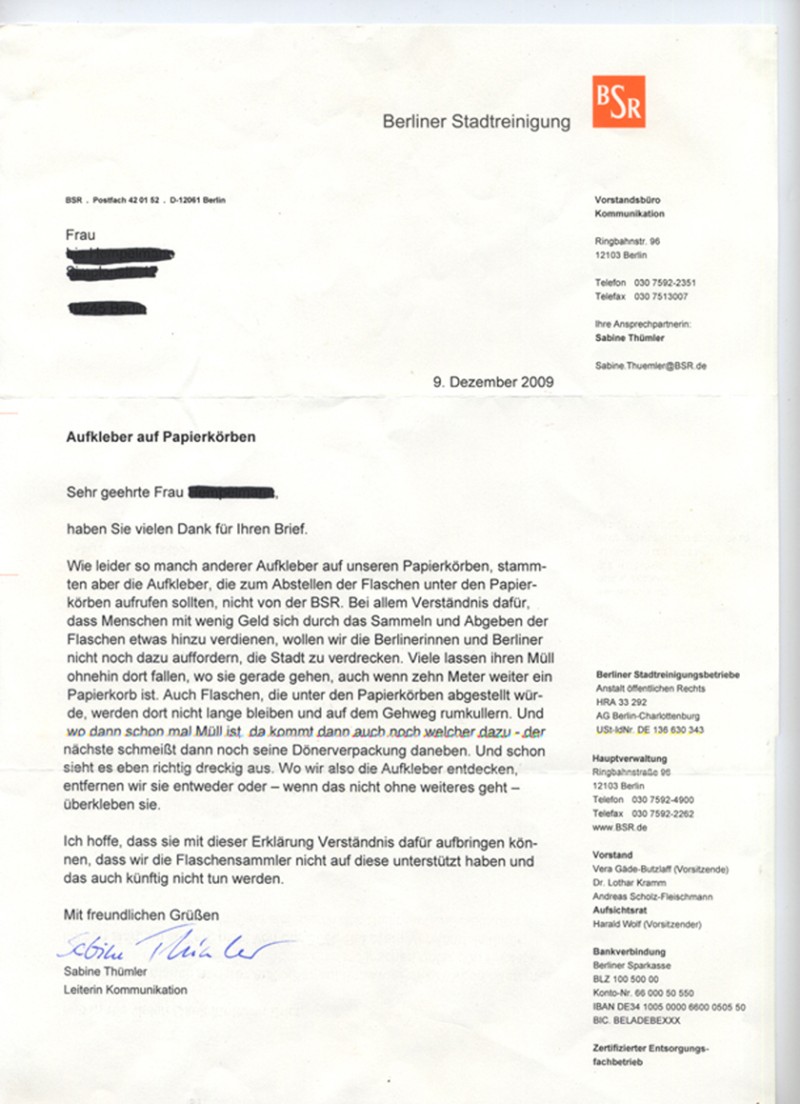 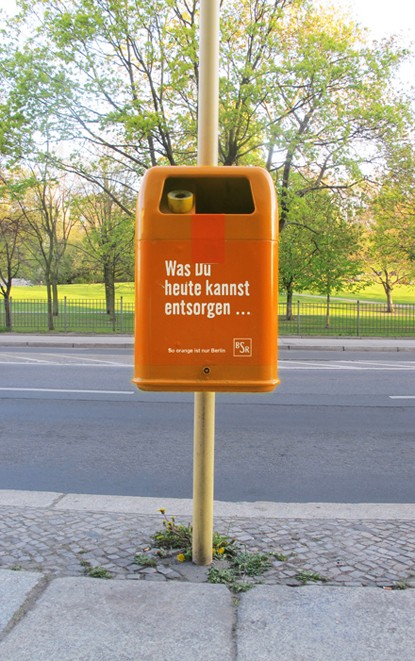