"The Panopticon is a type of building designed by English philosopher and social theorist Jeremy Bentham in the late eighteenth century. The concept of the design is to allow an observer to observe (-opticon) all (pan-) inmates of an institution without them being able to tell whether or not they are being watched. The design comprises a circular structure with an "inspection house" at its centre, from which the managers or staff of the institution are able to watch the inmates, who are stationed around the perimeter. Bentham conceived the basic plan as being equally applicable to hospitals, schools, poorhouses, and madhouses, but he devoted most of his efforts to developing a design for a Panopticon prison, and it is his prison which is most widely understood by the term. A museum-like plaque installed in Alexanderplatz station draws attention to this particular panopticon. 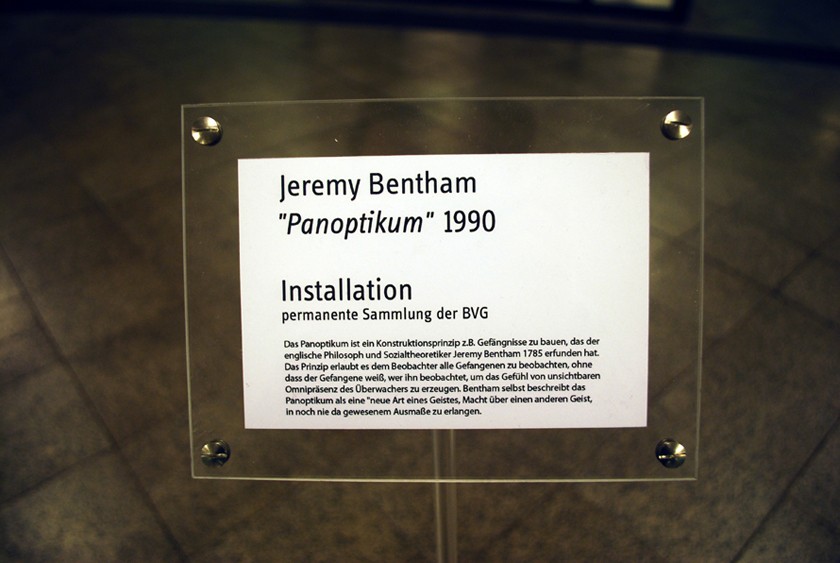